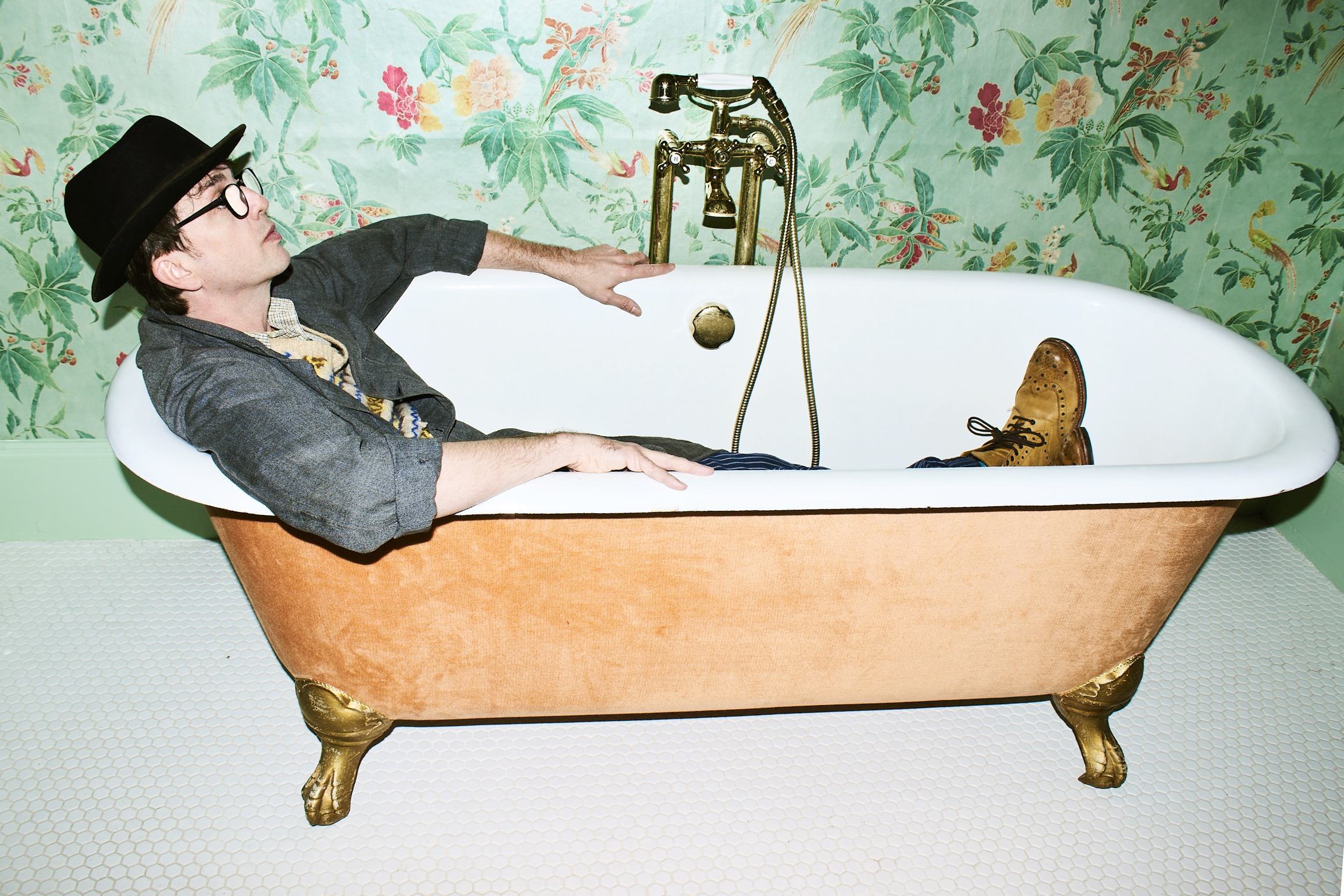 Drummer, songwriter and all round indie legend, Danny Goffey, is rock n roll royalty, and he is back with the brand new LP, “Schtick”.

Perhaps best known for being the drummer and one of the main songwriters in the indie legends band, Supergrass, with whom he penned such hits as ‘Alright’ and ‘Caught by the fuzz’, Danny has been writing and recording since the age of nine and whilst creating and featuring in several bands between then and now, he has clocked up well over 2,000,000 album sales.

Since Supergrass split in 2010 after seventeen years and seven albums, Danny has been the archetypal rock ’n’ roll drifter. “I tried a few things, I tried cooking… I was bored,” he says. But his itchy fretboard fingers never deserted him and, whilst at a local comedy gig in 2014, he ran into an old Supergrass fan who happened to own the Distiller Studio and the associated record label. “It turned out it was this amazing state of the art studio with Frank Sinatra’s old desk in it and some amazing equipment,” Danny enthuses. “I just started doing some demos with no real reason. That was the start of Vangoffey.” The following year, the debut solo album was released to much critical acclaim.

Buoyed by the success and reaction to his new album, Danny started writing for his second LP immediately but, for the very first time, under his own name. Released in June and again, to much critical acclaim, Schtick, has been likened to Ian Dury meets Talking Heads with smatterings of Bolan, Bowie and Costello thrown in the mix. With no subject matter off limits – Danny brings the naughty nineties back to the forefront in 2018