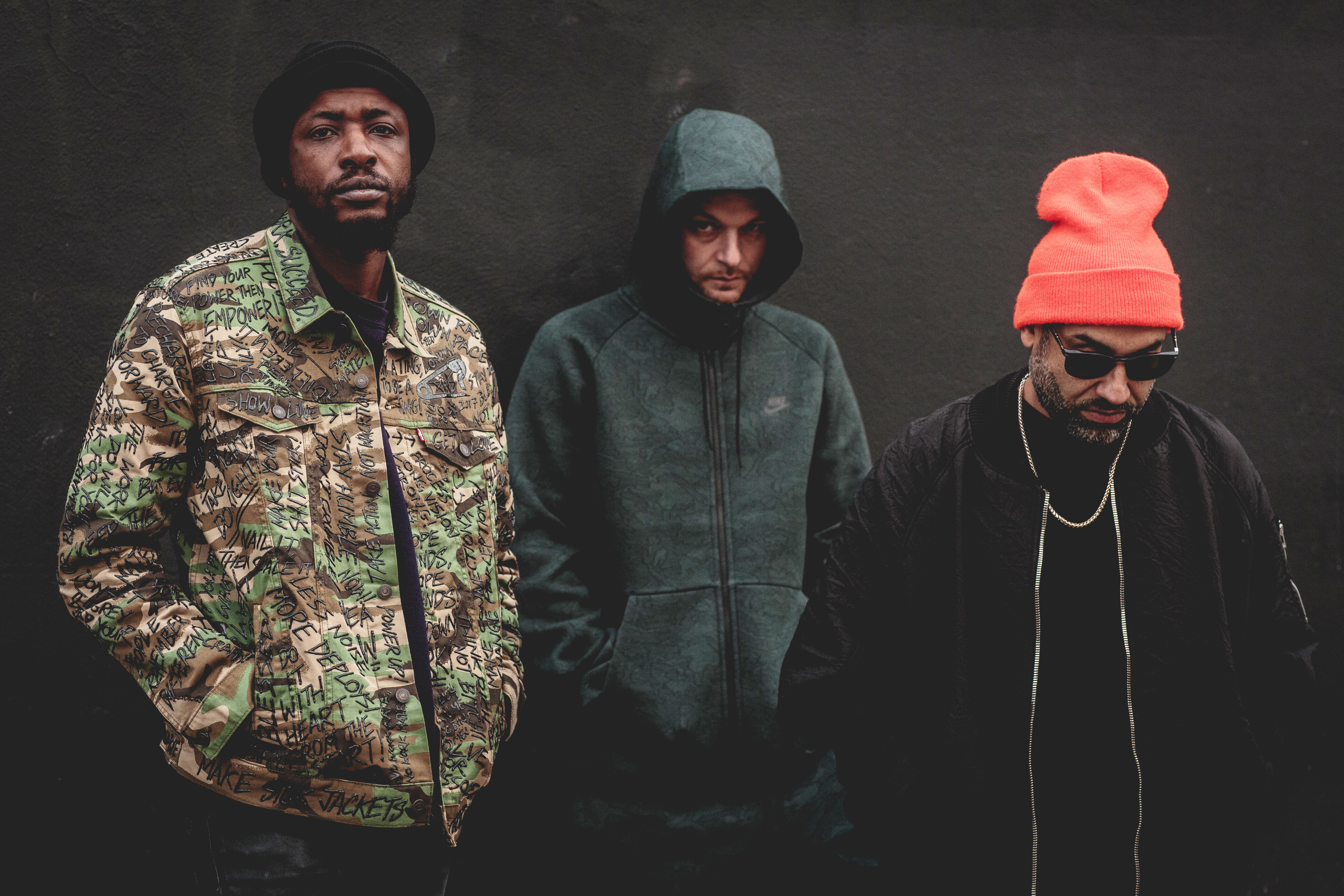 Since their formation in 2002, multi-genre UK trio Foreign Beggars’ unique trajectory has seen them evolve from underground hip hop heroes to a trailblazing electronic crossover act without ever forsaking an ounce of their inimitable energy. From studio recordings to a second to none live show, the Beggars have been, and remain at the forefront of the electronic music scene.

The critically acclaimed group have built this steadfast reputation as one of the UK’s most versatile, creative and prolific live acts through a continuing desire to push the envelope in a manner that is as urgent now as it has ever been.

The London based trio have found themselves playing main stages at Festivals throughout the World bringing their unique approach to music with them. They have destroyed stages at SW4 and Lovebox in London, Serbia’s Exit Festival, Northern Bass in New Zealand, Beats for Love in the Czech Republic, Outlook in Croatia, Supersonic in india, Vinarock in Spain, Urban Art forms in Austria… We could go on, but the list is just too long!

With a top ten hit, over 100 million YouTube plays, collaborations with Knife Party, Skrillex, Jack Beats, Tommy Lee, Flux Pavilion and Skinnyman, and a string of international headline dates ahead of them in 2019, the Beggars career continues to go from strength to strength.