Oh My God! It’s The Church 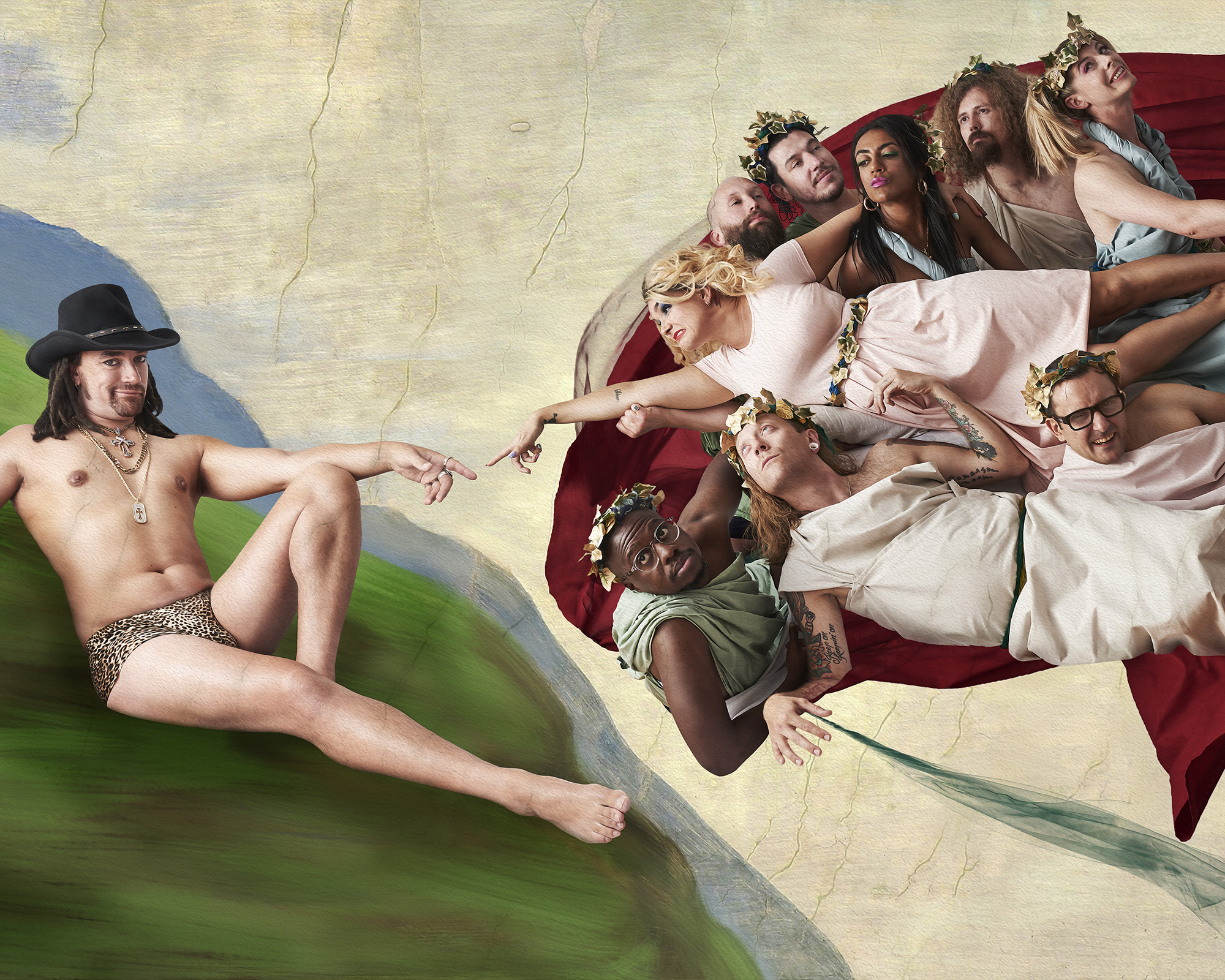 The Lord works in mysterious ways. Or so the saying goes, but there is nothing mysterious about the rise of the fabulously original entertainment phenomenon that is – Oh My God! It’s The Church. Quite simply they have had a monumental few years traversing the globe conducting their all singing, all dancing, party church service to hundreds of thousands of gleeful sinners. Recently you may have caught them closing Shangri Hell at Glastonbury or found them sharing stages all over the world with the likes of Mark Ronson, Idles, Robyn, Fat White Family, Beth Ditto, Craig Charles and many, many more.

Prepare for the incomprehensible and get ready to fall in love. Welcome to a new musical religion for the 21st Century, one which brings the masses together, and baptises them in Absinthe.

After building up large fanbase of “Missionaries” mainly through word-of-mouth after stellar festival performances and several wild tours, 2019 saw this one-of-a-kind act deliver a first taste of their forthcoming inaugural record ‘Genesis’. Their debut single ‘PREACHIN’ was released in April and secured significant airtime on mainstream national radio including several interviews and features across the BBC – alongside fantastic reviews both in the UK and America. The band was also the first to score 11/11 with a debut single on BBC Introducing’s New Music Revue. With the music industry now sitting up and taking notice it wasn’t long before a multi-album record deal was firmly in their pocket and follow-up single ‘(Where Did You Get Those) Shoes?’ and it’s frankly epic accompanying cinematic music video landed in Autumn 2019 to wide acclaim, achieving more high-profile playlistings and wide radio coverage.

Having been likened to Tenacious D and Flight of the Conchords and Nominated as ‘Live Act of the Year’ by the AIF Festival Congress, this hugely entertaining act are starting to turn heads in the TV world too with several approaches for pilots about the Reverend and his hail Marys and rumoured big screen adaptations on the horizon. With further releases due early in 2020, plus huge festival performances, and their biggest ever headline tour, 2020 is already lining up to be another monumental year for the band.

In a world which increasingly feels like it’s falling apart and rife with division, Oh My God! It’s The Church are the medicine your soul has been craving. Fronted by insane Pastor The Right Reverend Michael Alabama Jackson he and his wild collective combine to create a fresh live act which has taken the UK by storm, and is fast becoming the hottest ticket in town whether gracing the Main Stages at major music festivals, hosting one of their infamous underground club nights or thrilling revellers at the most exclusive parties on the planet.