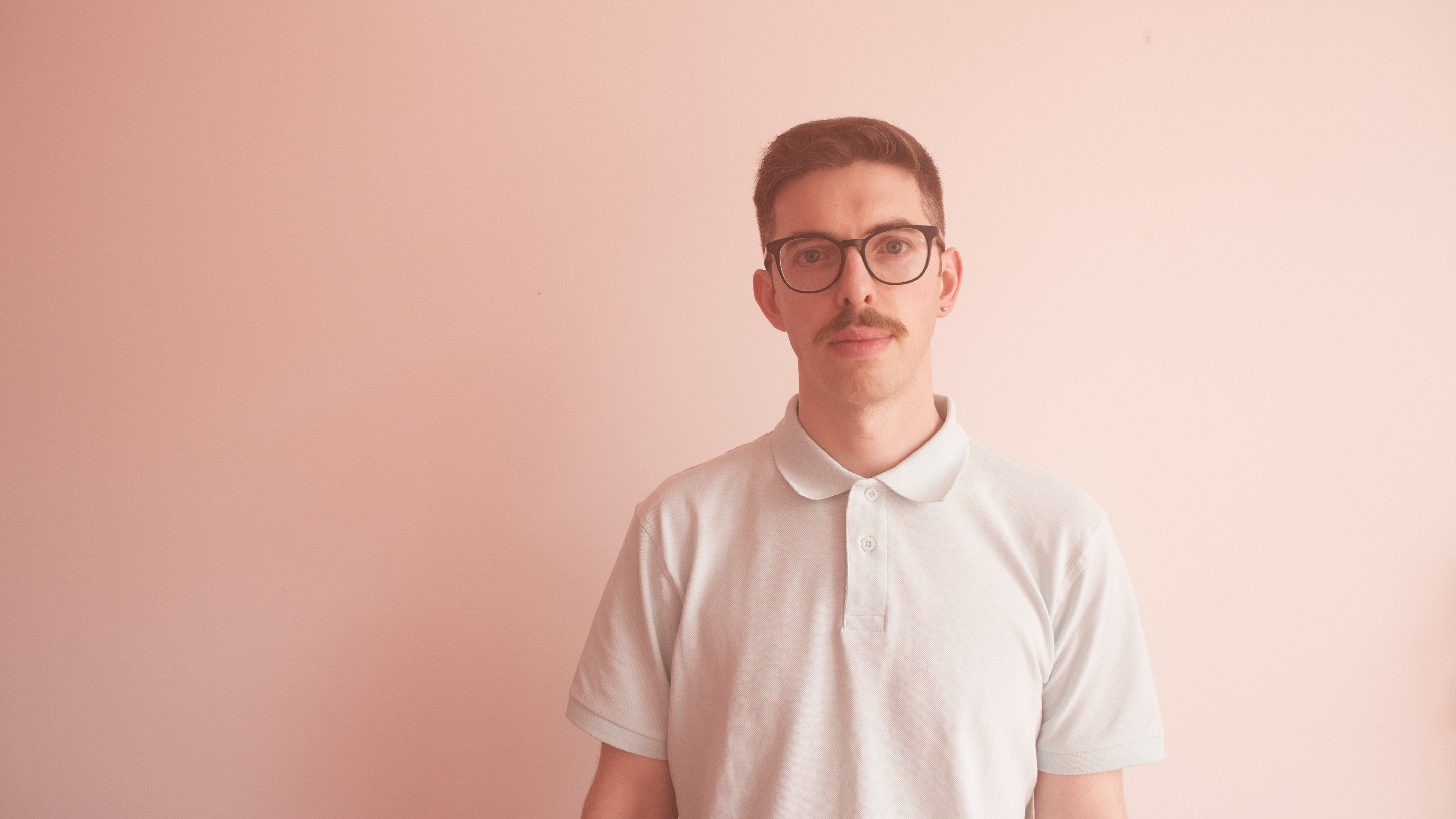 Jonnie Common is a Scottish songwriter, producer and performer known for making catchy, digestible pop songs from strange sounds and subjects. With his own special blend of electronic apparatus, acoustic instruments and field recordings, this is an artist who doesn’t quite fit into any box perfectly and that’s just how he likes it.

In late 2017 Jonnie wrote the score for ‘Missing Episode’ a piece of experimental theatre by Ross Sutherland, which aired on BBC TWO as part of their Performance Live series. Jonnie also appeared on screen, wedged into an airing cupboard with a few gadgets, making music from microscopic slices of the surreal play’s subject matter: a twenty year old episode of Eastenders.

Recently, Jonnie was commissioned by the McManus Galleries in Dundee to respond to their collection with a musical composition. Not being able to physically handle many of the museum’s 150,000 pieces, Jonnie recorded the sounds of the building itself. Everything from electrical climate control devices to mechanical storage racks as well as sonically mapping the building to capture its acoustic properties and employ them in the final work. With this unlikely palette, Jonnie created a suite of strange and beautiful compositions tied to themes within the collection that has now become the Museum’s first musical acquisition.

In the half-breath between these projects, Jonnie released and toured a more conventional offering in the form of semi-solid pop song ‘Restless’, released on Edinburgh’s Song, by Toad Records, including a delightfully symphonic remix by C Duncan. With it’s dented guitar hook and trademark witty word-soup, ‘Restless’ was the product of Jonnie experimenting with material from the next album proper in stripped back format. As the name suggests, it just couldn’t wait to come out. And thank goodness it did, as it secured a surefire career highlight for Jonnie when Dawn French professed her love for it in an interview on Janice Forsyth’s BBC Scotland show.

In 2016, Jonnie released ‘Kitchen Sync’ (Song, by Toad Records), an album composed entirely of sounds from his kitchen. With each track focussing on a different kitchen appliance or utensil, the live show was a sonic tour through the kitchen as you’d never heard it. Part performance, part PowerPoint, with a few helpings of crowd participation for good measure, Jonnie served up a unique experience with Kitchen Sync.

His last studio album, ‘Trapped In Amber’ (2015, Song, by Toad Records), showcased an evolution in production and perhaps perspective from his first aural offering ‘Master of None’ back in 2011. A little less naive but no less eloquent, the album deals with a wide range of topics from roman history to cancer to lawn maintenance and unsurprisingly garnered firm fans in the likes of BBC 6 Music’s Lauren Laverne, Marc Riley, Gideon Coe, Steve Lamacq and Tom Robinson amongst others.

With its combination of pathos, humour and charm earning it impassioned support in print and on air, it’s no surprise he has supported exciting UK acts like Dutch Uncles and international artists like Tune Yards along the way.

Despite these accolades though, Jonnie Common has always stayed true to his roots as one of the most celebrated underground musicians to come out of Scotland, making music with his brother under the name CARBS and forming his own Save As Collective along with members of Miaoux Miaoux and Conquering Animal Sound with the aim to instigate shows and releases defined by no boundaries or formats; a theme that very much defines Jonnie Common himself.

“Packed with idiosyncrasies, humorous asides and oddball moments, it’s pop as only a Scottish artist could make.” – Clash Music

“Common is an engaging personality whose flair for the quirky and playful comes across on stage as strongly as it does on record.” The List Magazine

“brushed with pathos and sprinkled with self-deprecation” The Skinny