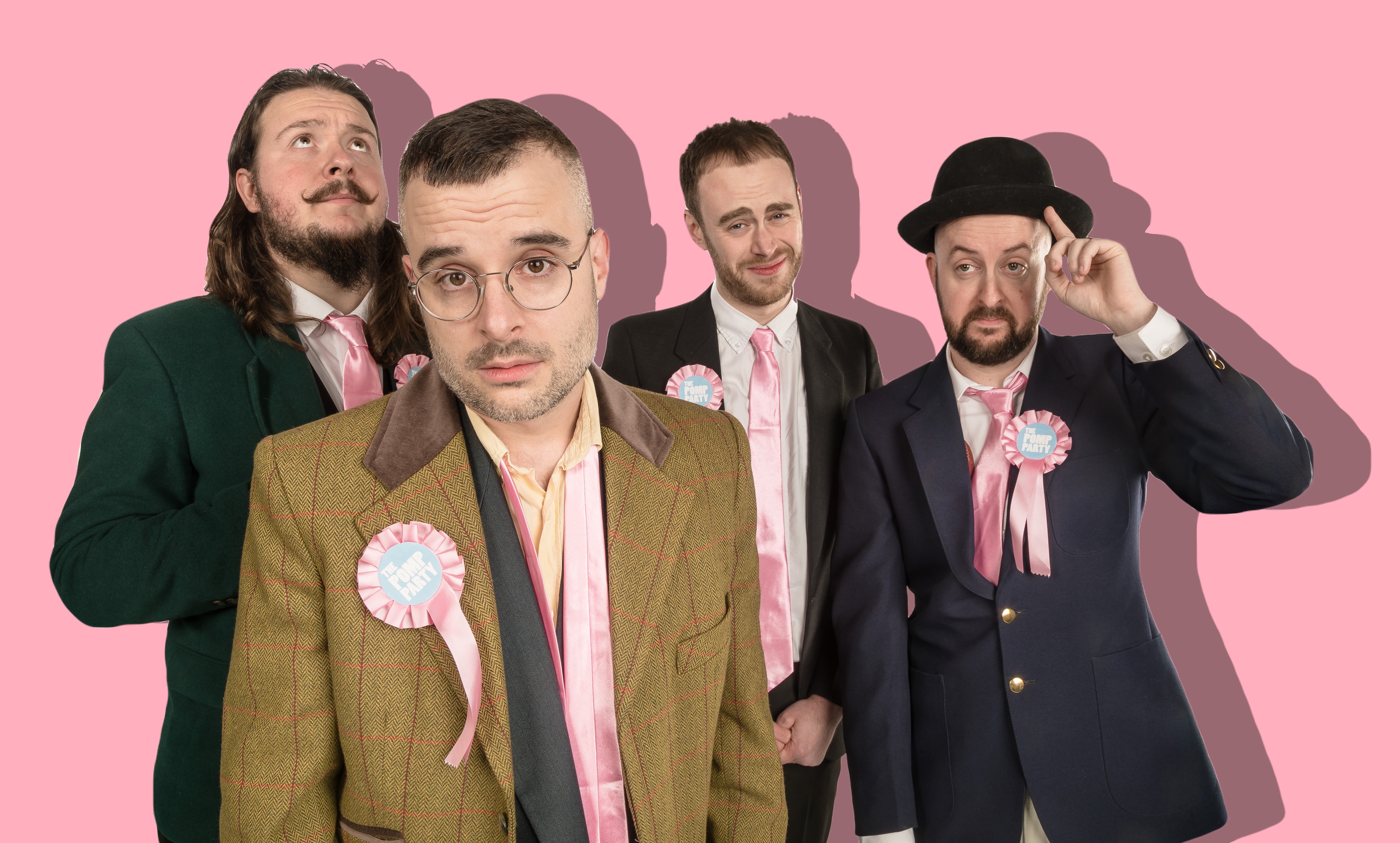 Man & The Echo is an eclectic and strange thing from Warrington, UK. Formed by songwriters Gaz Roberts and Joe Forshaw, Drummer Joe Bennett and Keyboardist Chris Gallagher, they released their eponymous debut album on James Endeacott’s resurgent 1965 records. The album was quickly picked up by Steve Lamacq (BBC 6 Music) and John Kennedy (Radio X) and was named as “Album Of The Day” on 6 Music. The band headed out on their first tour of the UK, as well as being invited to perform on Billy Bragg’s Leftﬁeld stage at Glastonbury and playing other major festivals such as Kendal Calling, Reading & Leeds, Secret Garden Party and The Great Escape.


Early 2019 saw Man & The Echo hit the road again, this time on a sell out UK tour supporting She Drew The Gun, as well as festival appearances at Dot 2 Dot and Tramlines. Then followed their second, critically acclaimed album ‘Men of the Moment’ in August 2019, produced by Raf Rundell and featuring artwork by Twitter sensation Cold War Steve. The first single from the album “A Capable Man” quickly gathered momentum and was added to the BBC 6 Music playlist. The band soon came to the attention of Neil Hannon of The Divine Comedy, who personally invited M&TE to support them on their massive UK and European tour in Oct/Nov 2019. The “Men of the Moment” UK tour would take place in February 2020, culminating in their biggest headline show to date at a sold out Band On The Wall in Manchester.

M&TE will be hitting the festival circuit across the UK this summer, as they continue working on new material for late 2020.