Beans On Toast Announces ‘The Next Album Tour’ for Winter 2014 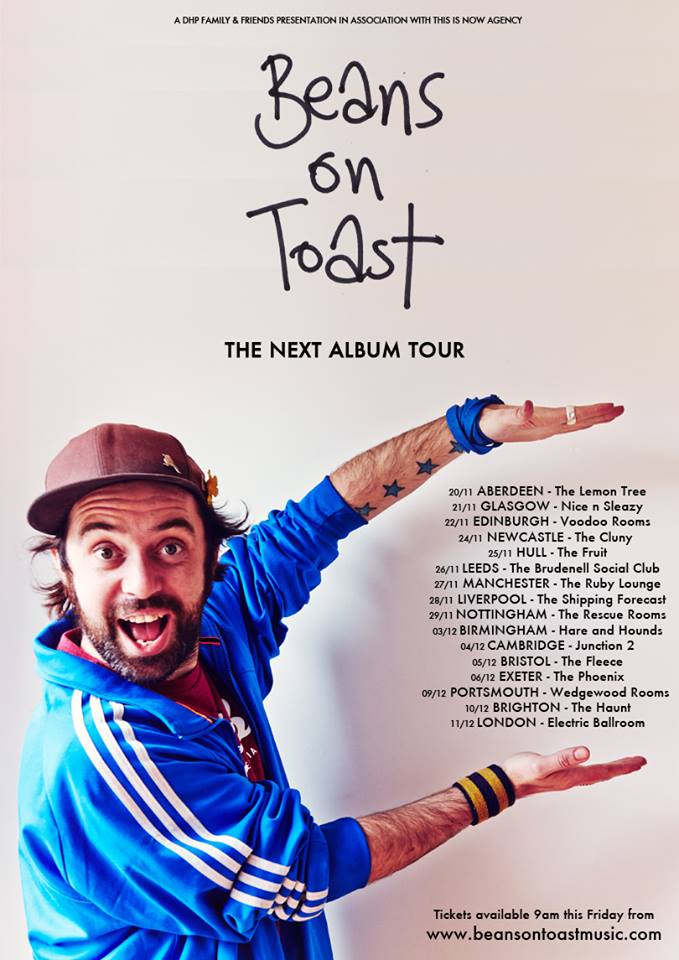 We are incredibly excited to announce that Beans On Toast will be heading out on a 16 date UK headline tour in November, culminating in a huge show at Camden’s Electric Ballroom on 11th December 2014.

‘The Next Album Tour’ will come just before the release of Bean On Toast‘s sixth studio album, which will land on his birthday on 1st December as tradition.

Tickets for ‘The Next Album Tour’ will go on sale  Friday 9th May at 9am via www.beansontoastmusic.com.