Following the announcement of a full UK Tour in April and May, This is Now Agency are very happy to announce that Public Service Broadcasting will be heading over to Europe for a 17 date tour in promotion of their forthcoming album ‘The Race For Space’.
The Race For Space follows the band’s debut album ‘Inform-Educate-Entertain’ which reached #21 in the UK album charts and was BBC 6 Music’s Top 10 albums of 2013. As well as this it was nominated for ‘Best Independent Album’ at the AIM Awards 2013 and was The Guardian’s Album of the Week.
The string of shows in Europe will be part of the last leg of their global tour, after performing in Australia, New Zealand, North America and across the UK and has been organised in association with Barley Arts, MCT, Show Connection, Alias and Greenhouse Talent!   Tickets for the tour can be purchased here. 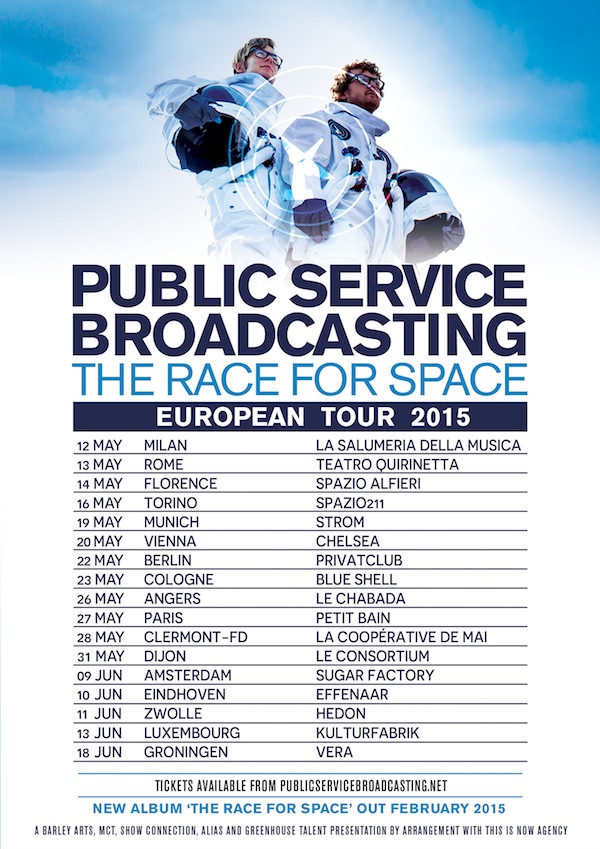