By This Is NowSeptember 9, 2014No Comments 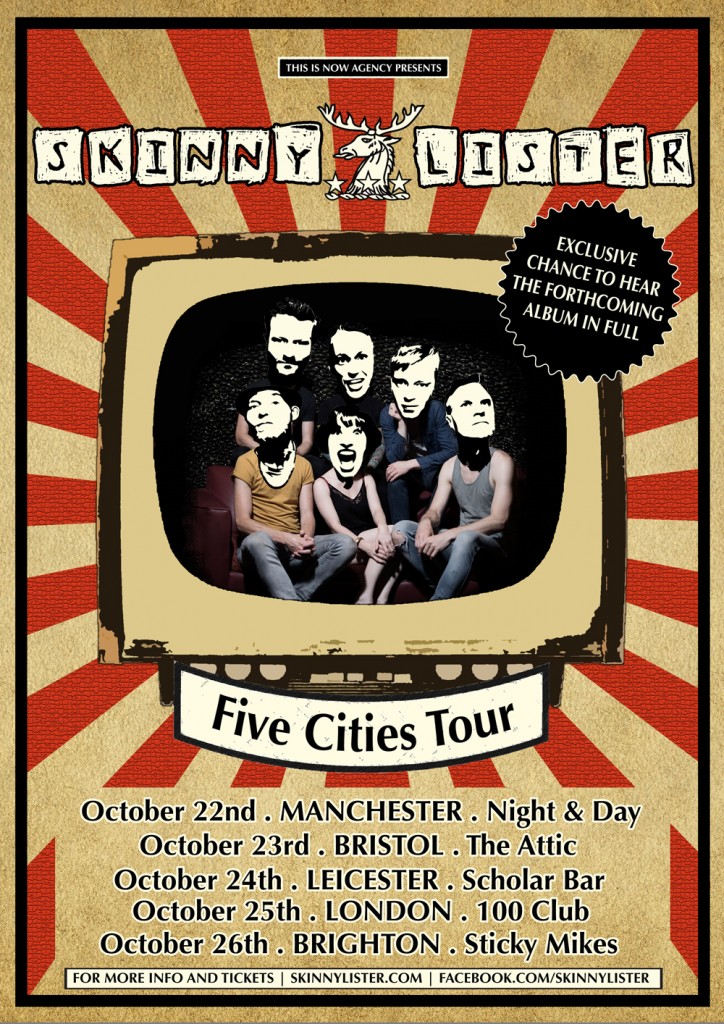 This October the folk band that is Skinny Lister will bring their incredible live show to Manchester, Bristol, Leicester, London and Brighton and will exclusively play their forthcoming new album in full for the first time ever. The band’s new album will be released in 2015, making this one- off extravaganza tour a must go to event!

In the past twelve months, Skinny Lister have toured the world wielding their flagon across the States supporting Dropkick Murphys and joining The Levellers and Boy George on tour back in the UK. After last year’s successful mainstage Coachella performance, the band returned for further US festival action, stirring up more rum fuelled fun at this year’s prestigious Bonnaroo and Summerfest festivals. The group then hot footed it back to the UK to rock the Avalon stage at Glastonbury, the main stage at Wickerman Festival, Cambridge Folk Festival, BoomTown Festival and Beautiful Days, making Skinny Lister one of the most exciting and popular live bands on the planet.