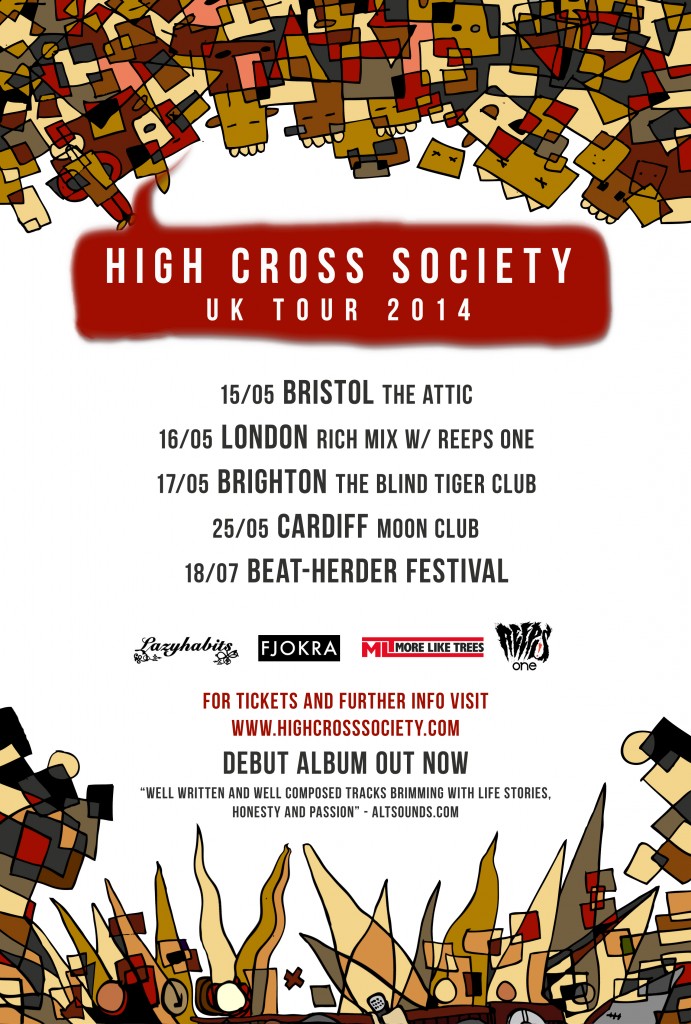 Underground super group High Cross Society will be returning for four live dates this May following the release of their critically acclaimed single ‘Every Time I Look’ and debut self titled album last December.

Described by Altsounds as containing “Well written and well composed tracks brimming with life stories, honesty and passion”, the band’s first three live performances as a band were an easy sell out.

Now returning with a second string of dates, High Cross Society will revisit The Attic in Bristol on 15 May and The Blind Tiger in Brighton on 17 May for further memorable headline performances as well adding two further venues in London and Cardiff on 16 and 25 May respectively.

A lighthouse of originality, High Cross Society represents a meeting of the UK’s finest musical minds under one moniker, including members of bands Lazy Habits, More Like Trees and multi-instrumentalist mastermind Fjokra amongst others.

The London show on 16 May will see High Cross Society support UK Beatbox Champion Reeps One at his largest ever headline performance at Shoreditch’s Rich Mix.

Further to the May tour dates, High Cross Society will also appear at this year’s Beatherder festival headlining The Smoky Tentacles stage in July and confirming their place as one of the UK’s best kept live shows.