This Is Now and Public Service Broadcasting head to SXSW 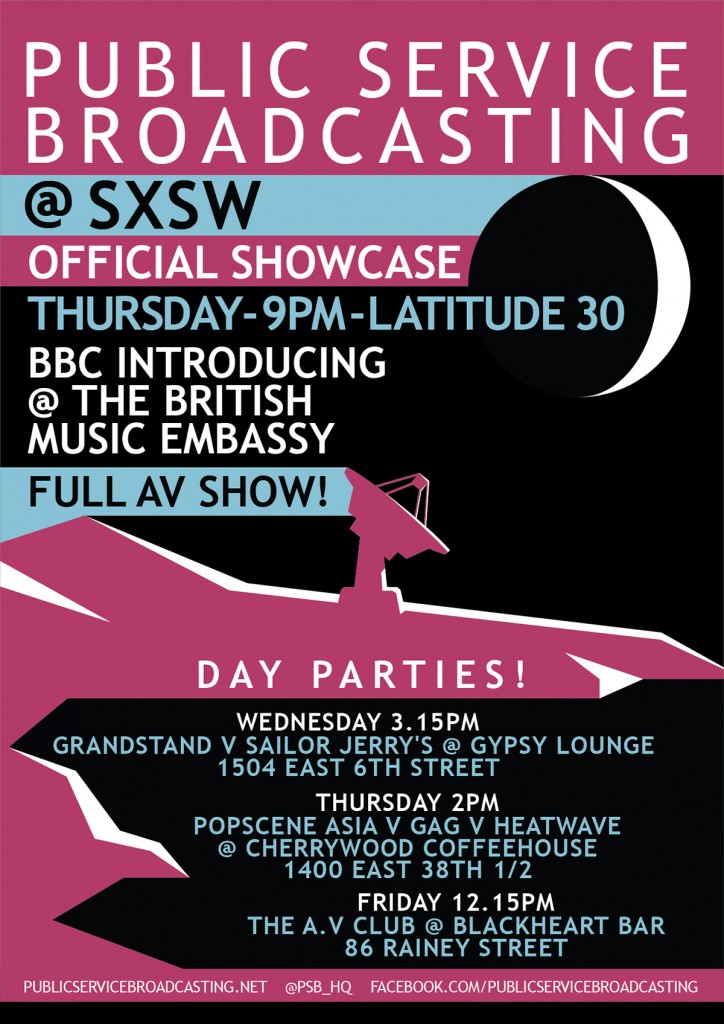 As the music industry up sticks to Austin, Texas to attend the Mecca of new music, SXSW, This Is Now is pleased to announce that Public Service Broadcasting will be performing four shows during the week long festival.

The band are currently in the midst of their first headline tour of North America, and have been making considerable waves with a sell out show at New York’s Mercury Lounge and recording multiple radio sessions with station’s KCRW, KEXP, WFUV and the world famous NPR amongst others. The band has also featured on NPR’s ‘Austin 100’ – tipping them as one of the best 100 acts to perform next week.

Having seen debut album ‘Inform – Educate – Entertain’ being named one of BBC 6 Music’s album’s of the year in 2013, the band are all set for an incredible SXSW, performing as part of BBC Introducing’s showcase at The British Music Embassy on Thursday 13 March from 9pm.

The  BBC Introducing show will be a full live show performance for the band featuring full live visuals and installations. To get an idea of what to expect from a full Public Service Broadcasting show, you can watch it in action here.

Public Service Broadcasting will also perform at a number of day parties including Gypsy Lounge on Wednesday 12 March at 3.13pm, Cherrywood Coffeehouse on Thursday 13 March at 2pm and Blackheart Bar on Friday 14 March at 12.15pm.

Joining the band will be This Is Now Agency’s Founding Director Adam Gainsborough as he flies out this weekend to attend the festival. If you see him, make sure you say hello and pick up a copy of the ThisIs Now Agency SXSW 2014 Mixtape, featuring exclusive tracks from our roster.