By This Is NowFebruary 2, 2015No Comments 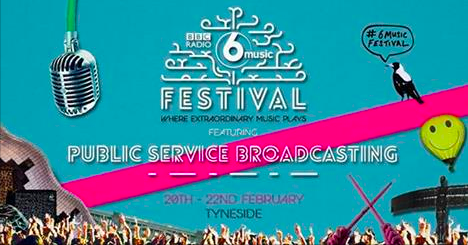 On Sunday 22nd February, Public Service Broadcasting will be performing at the BBC 6 Music Festival in Newcastle’s Tyneside. The day before their new album ‘The Race For Space’ hits shops up, the band will play alongside the likes of Jon Hopkins, Young Fathers and King Creosote at Concourse.

The festival appearance will launch them into their own UK dates at the Leicester Space Centre before they head off to Australia and the US. Public Service Broadcasting will then return to the Great Britain on 22nd April for their own headline tour starting in Brighton’s Corn Exchange and ending at London’s Roundhouse on 7th May.

All tickets and info can be found on the band’s website here.