Public Service Broadcasting In-stores for ‘The Race For Space’ Release 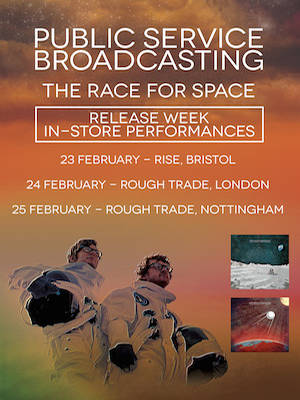 n the lead up to  the release of their much anticipated second album ‘The Race For Space’ on 23rd February, Public Service Broadcasting will be playing three record in-stores next week including a set at London’s iconic Rough Trade East on Tuesday 24th February. The band will be playing material taken from the cold war / space race themed record including first hit single ‘Gagarin’.

You can pre-order the album here.