Rambling folk singer Will Varley, who walked over 500 miles along England’s south coast with a guitar on his back, is gearing up for the release of his third album ‘Postcards From Ursa Minor’ released 30th October via Xtra Mile Recordings. His last two received rave reviews from The Independent, fRoots & Q magazine and has been described by Frank Turner, as “One the best singer-songwriters in the UK.”

With forthcoming tour with said label mate and champion Frank Turner in November 2015, Will Varley will then be heading out solo in February for 17 UK dates up and down the country culminating in his biggest headline show to date at London’s Scala on 10th March. This headline tour follows a jam-packed couple of years for Will who has played at The Royal Albert Hall for the Teenage Cancer Trust, headlined his own spring tour earlier this year, played dates with cult legend Beans On Toast, released an EP, and spent a summer supporting The Proclaimers across the UK as well as festival appearances at Bestival, Secret Garden Party, Green Man and BoomTown amongst others.

Produced by Tristan Ivemy and mastered at Abbey Road by Frank Arkwright (Arcade Fire, Blur) ‘Postcards From Ursa Minor’ is a master-class in song-writing that pushes the boundaries of the ‘one man and a guitar’ format. From rowdy drinking songs with sprawling chaotic arrangements to his sparse solo performances he covers a range of subjects with his trademark sprinkling of social commentary, politics and wry humour.

Tickets can be bought from here: http://www.willvarley.com/ 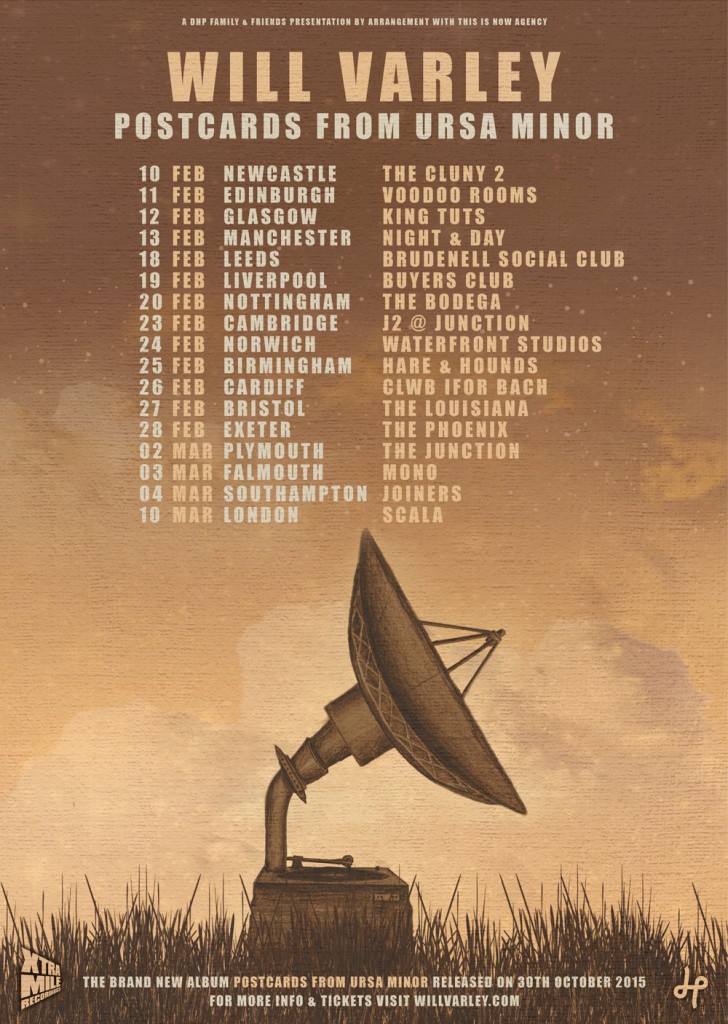